How Heather Lozada’s Life Changed After Her Breast Cancer Diagnosis 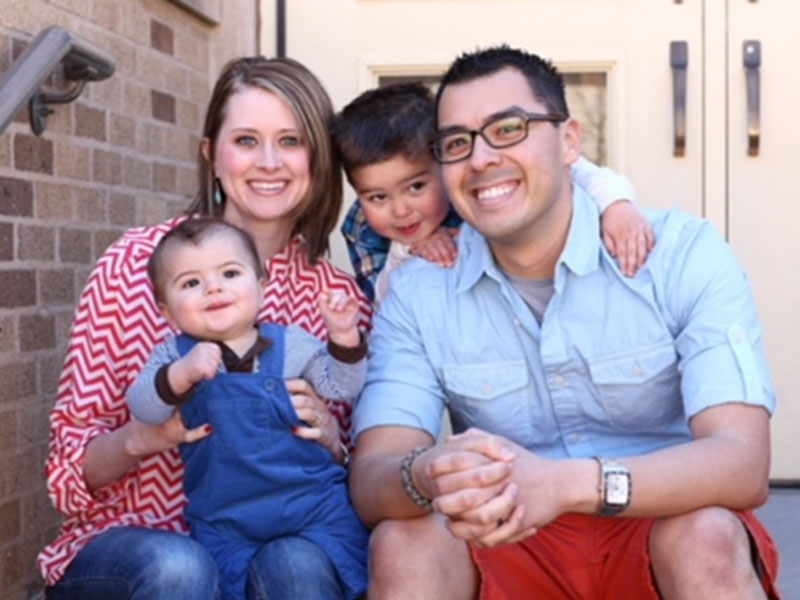 Heather Lozada has been receiving care from the Dan L Duncan Comprehensive Cancer Center (DLDCCC) since her HER2-Positive breast cancer diagnosis in 2014. A mother of two, Lozada had begun experiencing difficulty while nursing her youngest.

“I noticed I was having trouble breastfeeding and figured I must have a duct blockage and went to my doctor,” said Lozada. “My doctor ended up ordering an ultrasound, which revealed a cancerous lump in my breast.”

Shortly after, she was connected with Dr. C. Kent Osborne, director of the DLDCCC at Baylor St. Luke’s Medical Center. She began her first round of chemotherapy less than two weeks later.

“We were in the middle of a move to Houston, and I was in between insurance plans, but the team at Baylor worked with the insurance company to make sure I was taken care of.”

Following Lozada’s first chemotherapy appointment, it was revealed her breast cancer had spread into her liver, lungs, and bones. She also tested positive for the epidermal growth factor receptor 2 gene (HER2), which promotes aggressive growth of cancer cells and is present in roughly 25% of all breast cancer cases. Undeterred, she moved forward with her treatment.

“Heather is a remarkable patient. When she first came to see me, she was very sick, with widespread metastases. We began her on a treatment for the HER2 subtype, and she responded very quickly,” said Osborne.

It was later revealed the cancer had spread to her brain, which she was able to have treated at the DLDCCC.

“I did have metastasis to my brain, but because of the innovative and advanced technology at Baylor College of Medicine and team of physicians, I was able to receive CyberKnife radiation and have continued to receive infusions,” she said. “Dr. Osborne worked tirelessly to make sure I got in to see a neuro-oncology specialist, a radiation oncologist, plastic surgeon, and surgical oncologist. Because all of the physicians he referred me to were in the Baylor network, it was really seamless.”

Today, Lozada is continuing her care at the DLDCCC in the Texas Medical Center while also getting infusions closer to home at our location in The Woodlands.

"Having the satellite community clinic has allowed me to continue to live life as normal as possible, spending less time commuting, but confident I am able to receive expert care. I can quickly leave work, go get my infusion, and either go back to work or go home. I have received my infusions since the satellite opened."

Dr. Osborne says Lozada’s journey has been inspiring to all who have been involved in her treatment.

“She continued to work and care for her kids and family during her treatment, and she is always smiling and in good spirits. Her positive attitude, I think, is one of the reasons she has done so well throughout her treatments and continues to do well today,” he said.

“I have two young kids, and I never wanted them to remember me as sick; they have been a huge motivator for me. My goal in life is to live every day to the fullest,” said Lozada.